Antigua is an excellent year-round holiday destination with a tropical, Caribbean climate and little seasonal variation due to its proximity to the equator. The coolest months are January and February, with average temperatures of 25°C, in comparison to an average 28°C heat in the summer season of July and August. Antigua is less humid than other islands in the tropics, with trade winds providing a soothing break from the heat.
Similar to other Caribbean islands in this location, Antigua is particularly dry, sometimes described as arid in the hottest months.

As with most of the Caribbean, the best time to go is between December and April to make the most of the cooler air, drier weather and glorious sunshine.

Antigua & Barbuda International Kite Festival (March/April): Taking place over the Easter weekend, the festival attracts enthusiasts from around the world who come to fly spectacular kites of all shapes and sizes.

Antigua sailing week (April/May): Antigua Sailing Week takes place at the end of the high season, usually at the end of April, before the luxury charter yachts depart for the summer Mediterranean season. For sailing aficionados, this is one of the great events in the sailing world calendar and has become a 'must do' for many a yachtsman. If you don't happen to own a luxury yacht, don't worry - it's possible to charter a bareboat for the event and there is now a huge bareboat fleet too. Please call us for details.
The event has it's origins in the charter industry, when a few charter yachts got together in Antigua to celebrate the end of the season. Originally organised by Charles Nicholson, the Grandfather of the Caribbean charter industry, the event has become one of the most prestigious events on the sailing calendar, along with Cowes week and the Sardinia Cup. Whilst there is a series of excellent races, predictably the event is best known for the superb sailing parties, which are hosted on a different beach every night. The week's sailing and partying culminates in the Lord Nelson's Ball and prize-giving.

Carnival (July/August): For many landlubbers the mainstay of Antigua's entertainment is the annual carnival, which takes place at the end of July until the first Tuesday in August every year. This ten day festival commences with a ceremony at the St Johns recreation ground (which remains the focal point for activities). The biggest party takes place over the last weekend of the carnival and involves 24 hour celebrations including steel band and Calypso contests, whilst on the final Monday night, (the day on which the 1834 emancipation is celebrated) there is a huge 'jump up' starting at 0400! Finally on the Tuesday morning there is a parade through the streets of St John's, to the hottest steelband tunes. Antigua Carnival is undoubtedly one of the Caribbean highlights!

Mango Festival (July/August): A celebration of the tropical fruit, with a vast selection of mango-inspired products available from soaps and candles to sauces and wine. The festival features a market, exhibitions, children’s activities, mango-eating competitions and culinary events.

Independence Day (1 November): Antigua & Barbuda celebrates the anniversary of its independence with food fairs, parades and competitions which extend for a week. 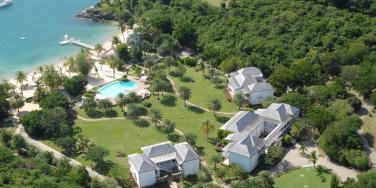