Barbados is a great holiday destination all year round, although some hotels close for September and October (see hotel details for closing dates). Average temperature remain fairly constant at 26 - 27°C, with sea temperatures of around 28°C. You can be certain of getting plenty of sun in Barbados at any time of year, as the average amount ranges from 8 to 10 hours a day.
The prevailing wind is the northeasterly tradewind which provides relief from the heat, usually force 2 to 4 but less reliable in summer and occasionally rising to force 5 or more in winter.

A feature of the tropics is the high humidity. Rain showers tend to be more frequent in the summer, particularly from mid August to the end of October, while there is the least amount of rainfall from January to April. Even in the summer there might only be one shower every few days - these are often intense but usually last less than 10 minutes.
Tropical storms with winds of force 6 or more and heavy rain are not uncommon in late summer, and in northern areas hurricanes are also a possibility during this period. Bad weather is usually well forecast, with at least 3 days notice given of an impending hurricane.

Travel to Barbados is much cheaper in low season thanks to the excellent special offers that are available at many hotels - we would certainly recommend a holiday in the summer period to those looking to save a bit of money.

Flower & Garden Show (late January): An annual show organised by the Barbados Horticultural Society, consisting of flower arranging competitions, plant displays, demonstrations and other entertainment held over the last weekend in January.
Holetown Festival (mid February): A festival to commemorate the anniversary of the first settlement in Barbados in February 1627. Celebrations take place over the course of a week and showcase local arts and crafts as well as Bajan culture, with events including street parades, fashion shows, concerts, exhibitions and sporting events.
Holders Season (March): A festival which is held at a stately home with lovely grounds, the perfect setting for open-air performances of theatre, music and comedy.
Sandy Lane Gold Cup (early March): One of the most prestigious events in the Eastern Caribbean horse racing calendar, with top international jockeys and trainers competing at the Garrison Savannah racetrack.
Oistins Fish Festival (late March): A street festival which is held for one week around Easter, celebrating everything to do with the fishing industry, showcasing regional delicacies as well as arts and craft.
Barbados Reggae Festival (late April): A world-class festival with local, regional and international reggae artists performing at venues across the island
Crop Over Music Festival (July/August): The highlight of the cultural calendar in Barbados is Crop Over, the island's biggest and most colourful festival. Crop Over festivities take place over the course of about 3 months from May, with the official festival season starting in July and climaxing with the Grand Kadooment costume band road march on the first Monday in August.
This colourful national celebration is one of the western world's oldest festivals, dating back to the 1800s when plantation workers heralded the end of the sugar crop with feasting and dancing in the plantation yards. Back in the 1800s the end of the crop and the gruelling harvesting work was cause for celebration for everyone. It was a plantation event heralded by the arrival of the last cart of canes and punctuated by a day of dancing and entertainment. As the last procession of carts made their way into the mill yard, a labourer would beat a make-shift gong announcing the 'Crop Over'. From its one-day origins, Crop Over now offers cultural, historical and musical events including the calypso tents and a fiercely contended calypso monarch competition. It all culminates with Grand Kadooment, an explosion of colour and excitement, with more than 25 costume bands competing for top prizes.
The many 'old time' Colonial elements mix with modern additions to give this festival a character unlike any other in the Caribbean. Original elements like the donkey cart parade and ceremonial delivery of the last canes remain in some form. Other elements, such as the mass-appeal calypso tents and monarch competition, evolved from humble beginnings in the 1970s when Crop Over was resurrected after a 30-year break.
Barbados Food, Wine & Rum Festival (mid November): A celebration of gastronomy in Barbados, featuring local and international chefs, rum experts and mixologists. Events take place over the course of four days and include rum tours, cook offs, fine dining events and beach barbecues.
Barbados Independence Day (30 November): Events are held throughout November to celebrate the island’s independence from the British and include ceremonial parades, community events, religious services and performances of music, dance and theatre.
Classical/Pops Festival (mid December): An outdoor music festival where an all-star orchestra is made up of members of the world's best symphonies, performing a selection of classical works and contemporary music. There are collaborations with pop musicians, Broadway stars, opera singers and film composers. 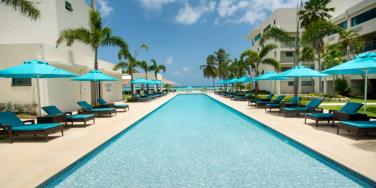